Taiwan is a nation that treasures its musical classics. In this program, RTI gives you a weekly look into some aspect of Taiwan’s musical heritage—from traditional tunes and soaring symphonies to the golden oldies of decades past. Hear folk songs, works for Chinese orchestras, and of course, the old hits everyone here still knows how to belt out today. 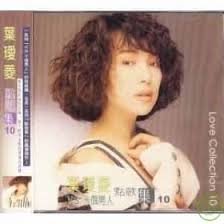 Irene Yeh made her first major public appearance in a coffee commercial in 1985, and the next year won the Golden Voice Award for best new artist. Check out some of her biggest hits from the 80s and 90s on Just the Classics. Yao Su-jung rose to fame as one of the first Taiwanese artists breaking into Mando-pop in the 1960s. She recorded many love songs that became hits... but then was banned from performing in Taiwan and forced to move abroad. Find out why Taiwan lost one of its generational pop divas on this episode of Just the Classics.

Michelle Pan lost both her parents at the young age of 17 - while tragic, this loss pushed her to be independent and find a way to use her passion and talents to support herself. What started out as small performances at restaurants in southern Taiwan, quickly grew to be one of the most celebrated acts in Taipei. Here's Just the Classics with some of Michelle Pan's most acclaimed songs. On Just the Classics, you get to hear a medley of ballads and folk songs from the retired and one of the best female singers of the Taiwanese language Taiwan has ever had: Jody Chiang. When it comes to the world of contemporary Taiwanese indigenous music, Suming is king. Suming Rupi is a 43-year-old singer songwriter and guitar master from the ‘Atolan Amis group of Taiwanese indigenous people, and since 2002, he’s been instrumental in getting the melodies and rhythms of his musical community into the Taiwanese popular music scene. He often appears wearing the traditional clothing of his people, and many of his songs feature lyrics in his native Amis language. But key to his success and wider popularity is the fact that he is a bold experimenter and a highly original singer-songwriter, fusing his culture with pop, rock, and western classical music. In today’s episode, we’re looking back over a nearly 20 year-long musical career for a textbook example of what new and exciting direction contemporary indigenous music in Taiwan is taking.